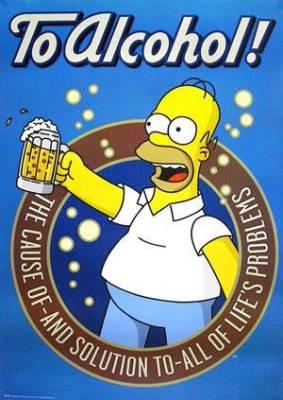 Mark Kleiman at The American Interest:

Not all drugs are equally risky or abusable. But since different drugs are abused in different ways and have different harm profiles, there is no single measure of “harmfulness” or “addictiveness” by which drugs can be ranked. Moreover, the overall damage caused by a drug does not depend on its neurochemistry alone; the composition of the user base and the social context and customs around its use also matter. Alcohol, for example, constitutes a major violence-and-disorder problem in Britain, but not in Italy.

And alcohol is a drug, one that ranks high along most dimensions of risk. Among intoxicants (that is, excluding caffeine and nicotine), alcohol abuse accounts for more than three-quarters of total substance abuse in the United States, and for more death, illness, crime, violence and arrests than all illicit drugs combined. A drug abuse control policy that ignores alcohol is as defective as a naval policy that ignores the Pacific.

Some pairs of drugs are substitutes for one another, so that making one more available will reduce consumption of the other. (Brands of beer compete; beer competes with wine; heroin competes with morphine.) On the other hand, some pairs of drugs are complements, so that making one more available will increase consumption of the other (any depressant is likely complementary with any stimulant, as illustrated both by rum-and-Coke and by the heroin-and-cocaine combination known as a “speedball”). We know much less about these relationships than we should; it isn’t even clear whether making beer more expensive and less available to adolescents would reduce their cannabis use or increase it (and vice versa).

The average excise tax (Federal plus state) on a can of beer is about a dime. The average damage done by that can of beer to people other than its drinker is closer to a dollar. Those costs consist mostly of crimes, accidents and the health care costs redistributed through insurance—and the one-dollar figure doesn’t count the costs to the families and friends of drinkers.

Of course, not all drinks are created equal; a dollar per can would be too high a tax on the great majority of drinkers whose drinking does no harm, and too low on the dangerous minority. But in the words of an old Chivas Regal advertisement, “If the extra money matters to you, you’re drinking too much.” (Note that the optimal tax level would fall if we denied alcohol to bad drunks.)

Kleiman says that this would be a particularly effective way of controlling over-indulgence by teenagers (who, after all, barely have any money) and would allow us to get rid of the not-really-enforced minimum drinking age and eliminate the culture of fake IDs and casual law-breaking that it encourages.

In distributive terms, data from the Consumer Expenditure Survey indicates that an alcohol tax is pretty progressive for a consumption tax, and certainly far less regressive than taxes on tobacco (which, to be clear, I also favor):

The poor consume a much larger share of their income than the rich. Indeed, total expenditures from the bottom quintile exceed the income of the bottom quintile. So all consumption taxes are regressive with respect to income. But you can also look at different categories of goods as a share of expenditure, and you see that the richer you get the larger the share of your consumption going to alcoholic beverages becomes.

Daniel McCarthy at The American Conservative:

Matthew Yglesias seconds a very bad idea mooted by Mark A.R. Kleiman in an old article on booze ‘n’ drugs: Raise the tax on alcohol, especially beer. “The average excise tax (Federal plus state) on a can of beer is about a dime,” Kleiman claims, while “The average damage done by that can of beer to people other than its drinker is closer to a dollar,” and what’s more “Raising taxes is also among the best ways to reduce heavy drinking by teenagers, for whom price is often a major consideration.”

Just about every word of this is wrong. Does anyone buy the assertion (unfootnoted in the original) that that a can of beer does, on some “average,” a dollar’s worth of damage to “people other than its drinker”? Every bar and restaurant would turn its neighborhood into downtown Beirut circa 1980 if that were true. Kleiman produces this risible estimate by averaging out all the harm done by louts, drunk drivers, and dipsomaniacs with failing livers, but raising the price of beer isn’t going to stop any of that — in fact, it will make matters much worse, for teenagers as well as adults. Kleiman’s article reflects some understanding of the monstrosity of the drug war, but one of the fundamental lessons of that war, and of earlier efforts at alcohol Prohibition, is that raising barriers to the procurement of weak intoxicants incentivizes the production of stronger ones. That was the case during Prohibition, when bootleggers brewed the strongest stuff they could (the better to get drunk on less, and the more profit per pint), and it’s been the case with the War on Drugs, leading to more potent marijuana, crack being developed out of cocaine, and crystal meth becoming an epidemic. Raising taxes on beer make hard liquor relatively more attractive; it does not much dampen underlying demand. (Least of all among teenagers, who contrary to Kleiman are willing to pay a good deal more than other people for their beer because that’s often the only way they can get it.)

Matt’s analysis does not account for the fact that wealthy people tend to buy more expensive alcoholic beverages than poorer people.  Since alcoholic beverage taxes are generally specific excise taxes (levied by the ounce, not as a percentage of price) the effective tax rate is highest on cheaper products.  And from a perspective of trying to offset the social costs of alcohol consumption, that makes sense: an ounce of Grey Goose isn’t more socially problematic than an ounce of Popov.

Back in 2004, the Tax Foundation released a paper that estimates the distributional effects of major taxes levied by state and federal governments.  They found (see page 42) that the average household in the top income quintile spends 0.09% of its income on state and federal alcohol taxes, while a bottom-quintile household spends 0.16%.  Essentially, people in the bottom income quintile spend a 78% larger share of their income on alcohol taxes than people in the top quintile.

This makes alcohol taxes less regressive than cigarette taxes (where the difference between effective rates in the top and bottom quintiles is a whopping 583%).  They are also not as regressive as public utility taxes or insurance taxes.  But they are still more regressive than general sales taxes (which have a gap of just 32%), as well as gasoline taxes, diesel fuel taxes, air transport taxes, severance taxes, import duties, “other excise taxes” and “other selective sales taxes.”

E.D. Kain at The League:

Second, beer – unlike soft drinks – is a social drink. High taxes on beer in the UK have led to many pubs shutting down and more and more people staying home to drink. This may be good for drunk driving (I don’t know if that’s true or not) but it certainly isn’t good for fostering more community. We have to be wary of taxing ‘sin’ when so much of what we consider sin is actually a great way to bring people together as a community. Indeed, much of what busy-bodies consider sin is a great economic benefit to many communities. The sin of destroying jobs because some people might get drunk seems much greater than the sin of drink itself.

Third, the very logic behind sin taxes is flawed. We tax what we believe is unhealthy to society in an effort to punish bad or socially destructive behavior, but if our devious plan works and people stop buying and consuming these unhealthy things, then our revenue stream dries up. Then what? The problem with revenue streams drying up is that new revenue streams must be found, so new reasons to levy taxes must be conjured. Sin taxes, therefore, are simply unsustainable taxes and serve a prohibitionist purpose more than a reasonable alternative revenue source. It is social engineering plain and simple and will – as McCarthy notes above – lead to grave unintended consequences. Namely, people turn to untaxed, unregulated substances that are cheaper but often result in a much more destructive social cost.

A much more sensible approach would be to quit raising taxes on already-regulated substances and instead break up the black markets on at least one of the drugs we now criminalize: marijuana.

Mark Thompson at The League:

I’m actually less opposed to sin taxes than one would expect me to be, at least under the right circumstances.  In the context that Mark Kleiman is proposing the liquor tax, for instance, I think a liquor tax makes a decent amount of sense as a legitimate Pigou tax that need not be dependent on an “increased-cost-to-social-programs” rationale.  In other words, the negative externalities would exist independent of any social programs.  In the context that Matt Yglesias proposes such a tax, however, I firmly disagree with the rationale for the reasons stated above.